Where Celebrities Rest: From Saint-Tropez to Maui

Irina Shayk, Leonardo DiCaprio, Beyonce, Kate Moss, Penelope Cruz, and others are renting villas on beaches, lagoons, and islands, where they sunbathe, conquer the waves.

The Summer Olympics in Rio had not yet started, but Irina Shayk, Madonna, Gerard Butler, Penelope Cruz, and Javier Bardem had mastered the beaches of Ipanema long before this event. The Brazilian coast, which Frank Sinatra sang about in the song Girl from Ipanema, is suitable for a relaxing beach holiday: unlike the very touristy neighboring Copacabana, Ipanema is a prestigious and quiet place.

The island of Saint Barth in the Caribbean is full of social and nightlife day and night. There are no palace hotels or villas that overshadow Versailles like the Taj Mahal. But on the picturesque beaches, Jay Z, Beyoncé, and Jessica Alba drink fresh juices.

Cindy Crawford, Tom Cruise, Rihanna, Catherine Zeta-Jones, Jack Nicholson, Angelina Jolie, and P Diddy love the Côte d’Azur. You can meet them at parties at Club 55, which was created here thanks to Brigitte Bardot.

In 1955, a 21-year-old Parisian woman played in the film And God Created Woman, which was filmed in the small port town of Saint-Tropez. The film did not receive any awards, but life in Saint-Tropez has never been the same since then.

Bondi Beach is one of the most famous beaches in the Southern Hemisphere and an iconic site in Sydney. During the day, Leonardo DiCaprio and Hugh Jackman conquer the waves, and in the evenings music thunders and beach parties take place, where you can meet Nicole Richie and Paris Hilton. Those who try their hand at surfing should enroll in the Let’s Go Surfing school, where they give out wetsuits and boards and teach them how to conquer the wave correctly and skillfully.

Bondi Beach is home to the famous Bondi Icebergs Club with a swimming pool built right in the ocean. The local restaurant serves fresh seafood and prosecco overlooking the beach. 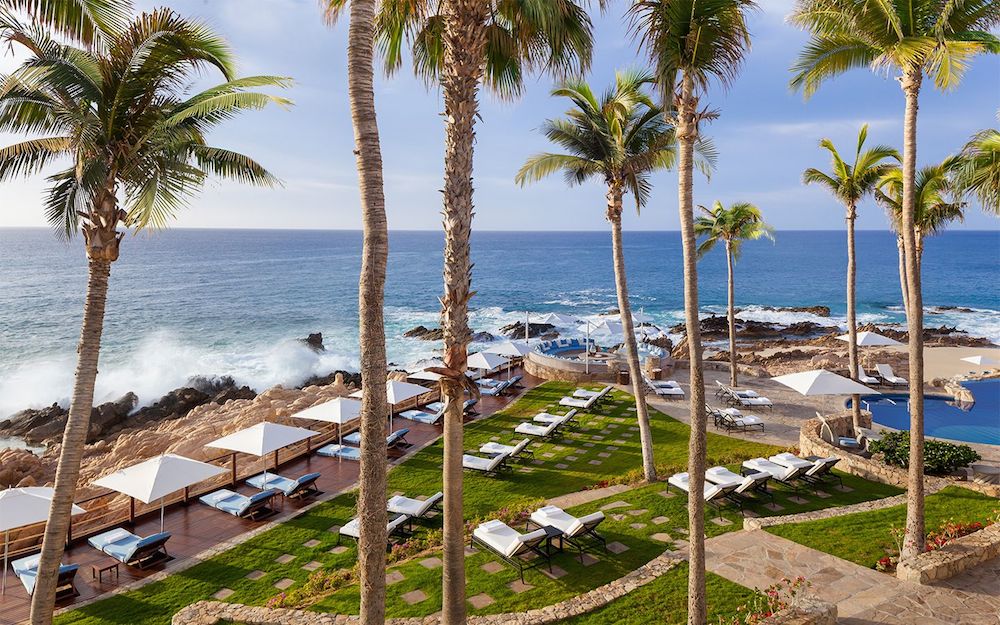 Los Angeles is just a two-hour flight from the Mexican resort town of Cabo San Lucas. Azure bays with white beaches and date palms at the very end of the California Peninsula have become a favorite vacation spot for Julia Roberts, Jennifer Aniston, and Cameron Diaz.

Maui is the most popular vacation spot in Hawaii. Here you can see Megan Fox sunbathing and Paris Hilton eating crab pizza at a local restaurant. And if you dare to board (Hawaiian beaches are a real paradise for surfers), then it is quite possible to witness Owen Wilson and Justin Bieber ride the waves. Oprah Winfrey and Britney Spears sunbathe on the beaches of the island’s best resorts.

The turquoise lagoons of the English island were chosen by Uma Thurman, Paul McCartney, Michael Jordan, Liam Neeson, and Michael J. Fox. Yachting, diving in coral reefs, and, of course, relaxing in luxury hotels are the favorite pastimes of the stars who come here. 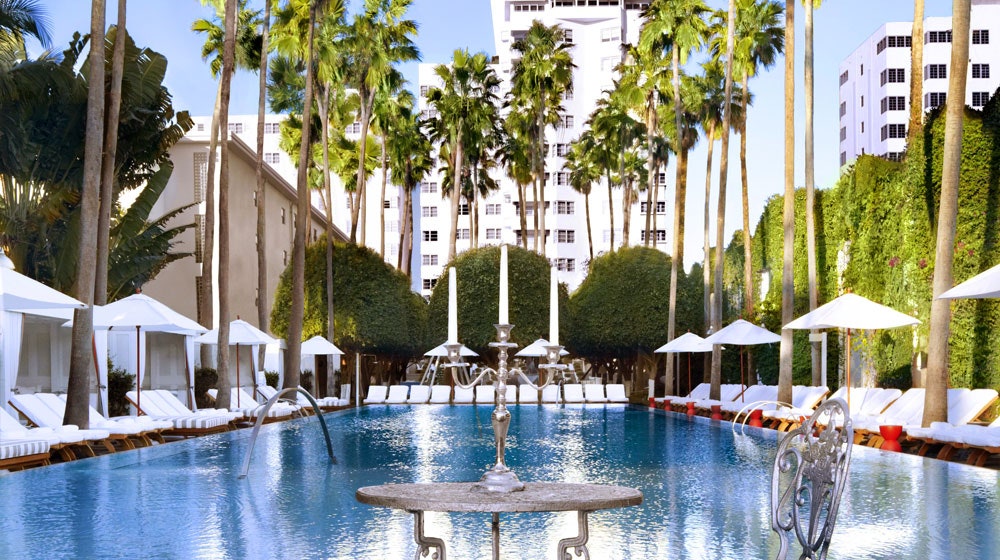 While on vacation in Miami, you can drop in to visit all the celebrities at once. In the main secular city of Florida, Matt Damon, Iggy Pop, Calvin Klein, Julio Iglesias, Shakira, Sylvester Stallone, Anna Kournikova, and a couple of dozen other musicians, athletes, and actors have permanent and summer residences.

On the golden sand of Miami Beach, aka South Beach, aka SoBe, you can meet Jennifer Lopez and Kim Kardashian.

Lunch and dinner with celebrities can be shared at De Vito South Beach, an Italian restaurant owned by Danny de Vito, Larios On The Beach of Cuban singer Gloria Estefan and her husband, or the famous Japanese Nobu, co-owned by Robert De Niro.

Relax in an 18th-century Italian villa next to George Clooney, Matt Damon, and Brad Pitt on Lake Como in northern Italy.

One of the most beautiful lakes in Italy and possibly on earth was the filming location for Gwen Stefani’s Cool music video and the last scene of the movie Casino Royale.

On the Fiji Turtle Island, no more than 30 people can rest at the same time, while for each vacationer there is 3 staff. Britney Spears and Jessica Simpson (with their now ex-spouses) spent their honeymoon in this quiet paradise. In addition to star guests, Turtle Island is home to the famous Blue Lagoon with colorful corals, picturesque flora, exotic fish, and imposing turtles.

Surrounded by steep cliffs, the Amalfi Coast is filled with the aromas of olive trees and grapes, while bohemians, aristocracy, and show business are present in hotels and restaurants with sea views. In one of the – Hotel Santa Caterina – scenes from the movie “Mr. and Mrs. Smith” were filmed. According to rumors, it was here that the romance began between the leading roles of Angelina Jolie and Brad Pitt.

Bora Bora is the most secular island and the main resort of French Polynesia, the local analogue of Saint-Tropez. The villas on the water were rented by Nicole Kidman, Eva Longoria, Kim Kardashian, and Charlize Theron.

From the entertainment on Bora Bora – feeding stingrays and sharks, diving and swimming, thalassotherapy and shopping: the island specializes in hand-painted coconut oil and pareos.

The main beach destination for Hollywood stars is Malibu in Los Angeles. Here David Beckham teaches surfing to the sons of Brooklyn, Cruz, and Romeo.

The best beaches in Malibu are Point Dume and Zuma Beach with clear waters and picturesque bays. If you’re lucky, you can see whales here: they swim quite close to the shore and release fountains.

Kate Moss, Penelope Cruz, Eva Longoria, and Jude Law have appreciated the service at five-star resorts in the Maldives. The stars dine at gourmet restaurants, play golf, explore the ocean on submarines and drink cocktails at underwater nightclubs.