The stars are also looking forward to the next vacation, and for this, they do not regret their honestly earned royalties. Celebrities choose the world’s best beaches, trendy ski resorts, and islands that only private jets can land on. We made for you a map of places where you can always meet the Kardashian sisters, Miley Cyrus, Rihanna, and other stars!

Saint Barthélemy (Saint Barth) is located in the Caribbean. It is called nothing less than the island of millionaires. Because it is simply impossible to meet random people here. Everyone knows each other, and this “everyone” is stars, Hollywood actors, oil well owners, and so on. There are no tents with magnets or traditional attractions on the island (with the exception of a couple of museums). However, the stars come here not at all for this. The best beaches, the sea that looks perfect on Instagram, and the concierge service to fulfill your every wish. All this is here. And if star couples suddenly begin to quarrel because they cannot choose where to go on vacation this time, then Saint Barth comes to their aid. After all, this is always a win-win option. Now it is the favorite place of the Kardashian family, Lana Del Rey, Elon Musk, and many other celebrities. 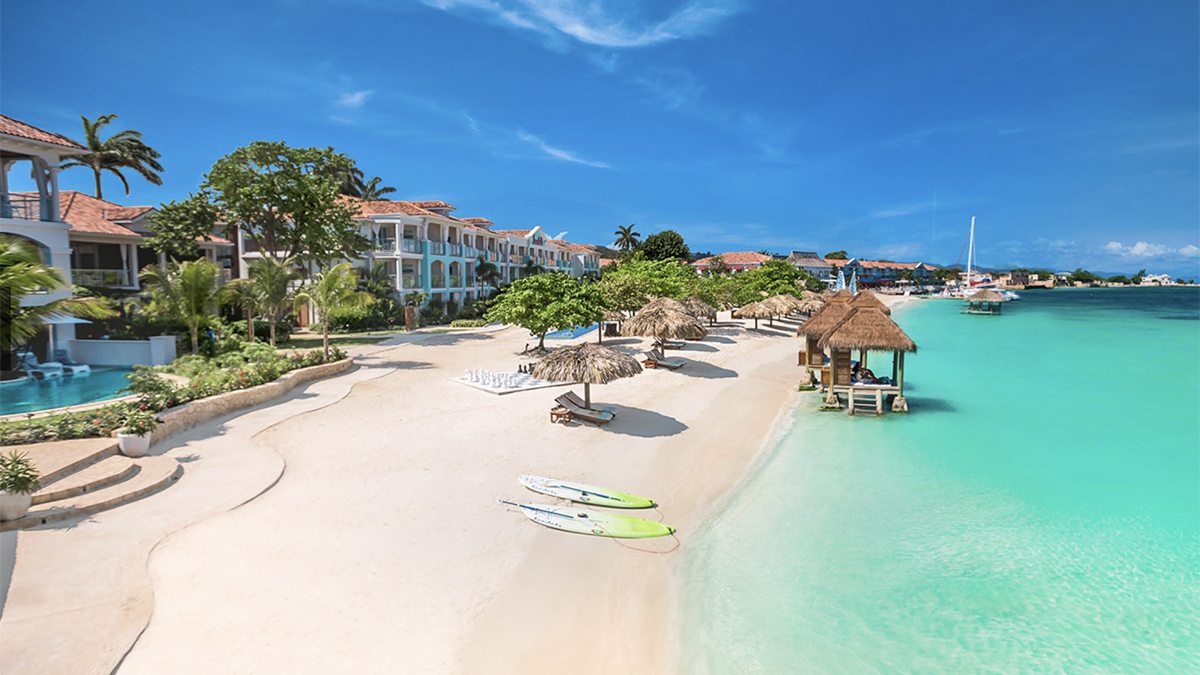 Jamaica has a unique place called the Goldeneye Resort. It was here that Ian Fleming wrote books about the most famous spy in the world – James Bond. And at some point, celebrities also fell in love with this resort. First of all, because this is one of those rare places where fans and paparazzi won’t disturb them. In addition, adherents of a healthy lifestyle love him. Johnny Depp, Alessandra Ambrosio, Lady Gaga, Miley Cyrus, and other stars often run here. They call this place their personal secret hideout.

In summer, in Greek Mykonos, you can meet the full cast of Victoria’s Secret “angels”, as well as Hollywood stars from the A-list. Kendall Jenner, the Hadid sisters, Alessandra Ambrosio, Rihanna, Chris Hemsworth, Gerard Butler, and many others are on the nearby sun loungers. For a couple of years, Mykonos has surpassed Ibiza and Saint-Tropez in terms of stardom. However, some celebrities do not change their habits. For example, Beyoncé and Jay-Z traditionally go to Ibiza in the summer. The star couple has their own villa there. Among their neighbors are David Guetta and Shakira. And Hugh Jackman can often be seen in Saint-Tropez. Only for him is he ready to exchange his beloved Australia. 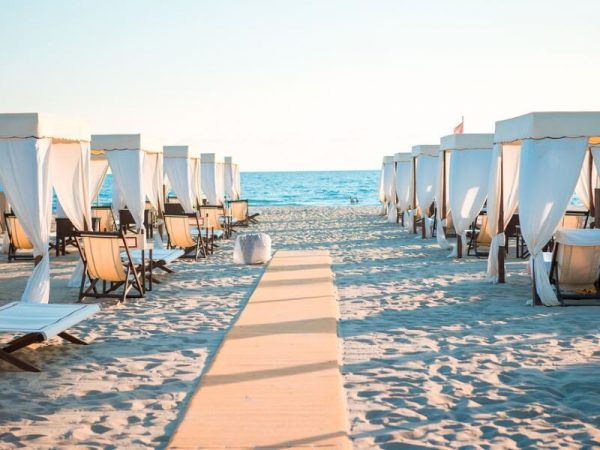 Italian Sardinia and Forte dei Marmi are not inferior in popularity. Everyone goes to Sardinia in August, where there are many high-profile parties at this time, including the Chopard dinner. Bradley Cooper and Irina Shayk, Rihanna, Taylor Swift, Drake, and others were spotted here. And those who fly to Forte Dei Marmi who don’t mind paying 20,000-30,000 euros for a sun lounger, a safe, and a dressing room during their holidays.

Another favorite of celebrity summer destinations is Italy’s Amalfi Coast. In July and August, stars can always be found on the island of Capri and in Positano. After all, the best restaurants, beautiful landscapes are concentrated here and, of course, many romantic stories began in these parts. For example, the love stories of Angelina Jolie and Brad Pitt, because it was here that some of the scenes of “Mr. and Mrs. Smith” were filmed. This summer Katy Perry was vacationing in Capri with friends and at some point she even sang in one of the bars, surprising the tourists. Later, Britney Spears appeared here with her lover. And Emily Ratajkowski did her many hot photoshoots on the beaches of Positano.

If celebrities are planning a ski vacation, then they choose three destinations – St. Moritz, Megeve and Courchevel. In fact, of course, people don’t come here to go skiing (although this also happens to the stars). After all, the coolest winter parties are held here. Therefore, everyone is bringing here twenty suitcases of fashionable bows. Margot Robbie, Kit Harington, Ariana Grande, Will Smith and many others have been spotted on these slopes.

Many glossy magazines call Lake Como the most beautiful place in the world. Landscapes, luxurious villas, five-star hotels with the best SPA. Therefore, the stars often spend their romantic weekend here. In these places you can meet John Legend and Chrissy Teigen, Angelina Jolie and Brad Pitt with all their large family were also often seen here before, and George and Amal Clooney have their own villa on the shore. Also among the frequent guests is Miley Cyrus.

Hollywood stars know that if the high life in Manhattan is in full swing all year round, then in the summer it moves to the Hamptons. This place hosts the most fashionable parties, athletes play golf, as well as restaurants, open their doors here, which can only be accessed if your name is Beyonce, or if you were filming with Scorsese. Many stars have their own mansions here, where on weekends they throw the coolest parties and invite all their neighbors. For example, Jennifer Lopez with Alex Rodriguez and Leonardo DiCaprio. By the way, they say that Cristiano Ronaldo is also eyeing this place now. The footballer is still in doubt and chooses between the Hamptons and California. 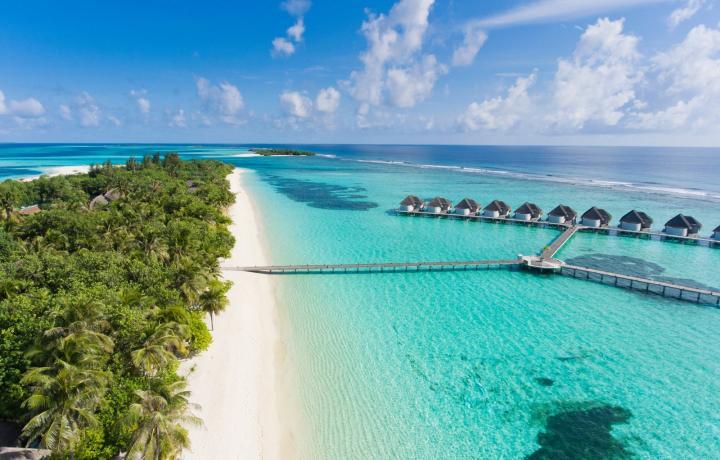 Another of the most popular celebrity destinations in the Maldives. In almost every stellar Instagram, you can find pictures against the backdrop of these white beaches and blue lagoons. Especially the Beckham family, John Legend and Chrissy Teigen, Rosie Huntington-Whiteley and Jason Stateham, Isabelle Gular, Orlando Bloom, and Adriana Lima have a lot of them.

The stars fell in love with the Bahamas so much that some of them decided to buy their own piece of land here. Johnny Depp was fascinated by this place after filming the next part of “Pirates of the Caribbean”, which took place here. Now the actor loves to spend time in this secluded place so much that he even gave him the name “Fuck Island”. Among his neighbors are many Hollywood celebrities – Shakira, Leonardo DiCaprio, David Copperfield, Mel Gibson. However, among the fans of the Bahamas archipelago and the stars who have not acquired real estate here – George and Amal Clooney, Martin Garrix, Isabelle Gular, Zane Malik, and Gigi Hadid, Luis Fonsi, and others.