The Best Resorts Where Celebrities Love to Relax

Which resorts are most popular with celebrities?

In the summer, many tend to go away from the stuffy city to the sea. But if the usual tourist destinations are already tired and you want something new, we bring to your attention the seven most popular resorts where celebrities prefer to rest. 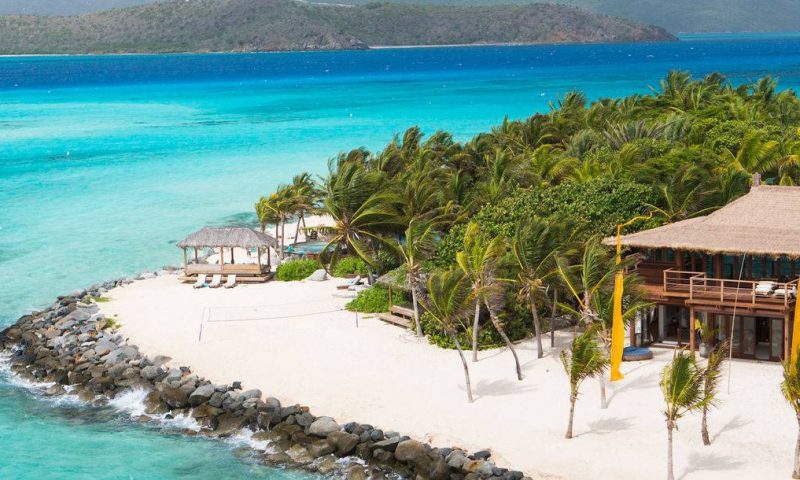 Necker Island, located in the Caribbean and part of the British Virgin Islands, is a favorite vacation spot for many stars.

This “paradise”, with an area of ​​30 hectares, belongs to the English businessman Richard Branson, the owner of the world-famous Virgin brand. Usually, the island is rented entirely and not to everyone, but only to the most privileged guests, including Steven Spielberg, Mel Gibson, Oprah Winfrey, Michael Douglas, Mariah Carey, Harrison Ford, Pamela Anderson, and others. Crystal clear water, luxurious service, and all the conditions for a luxury vacation attract many wealthy and famous people here. They offer one big house and 6 Balinese bungalows, beautiful beaches, Michelin-starred cuisine, spa, gym, tennis courts, fishing, a helipad, many water vehicles – in short, everything you could wish for. …

This resort is suitable for both active and measured rest, because, according to the owners, “each guest here becomes the center of the island’s life and himself determines the routine and mood that will allow him to have a great time.” 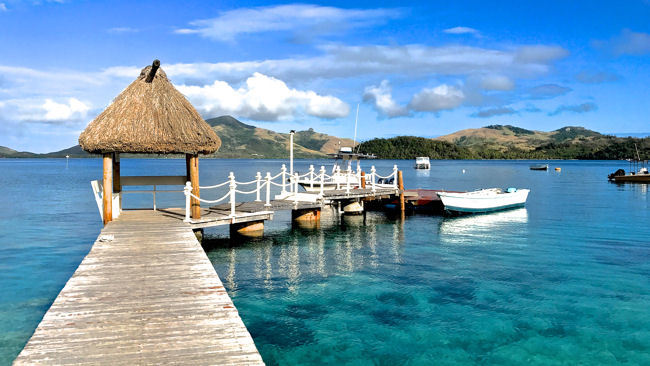 Turtle Island is one of the 332 most beautiful islands in the State of Fiji, owned by the American businessman Richard Evanson.

He bought this uninhabited corner of nature in the 60s and changed it beyond recognition: he planted many exotic plants and brought birds and animals to the island. Columbia Pictures liked the fruits of his labors so much that they rented the entire island for the filming of the movie “Blue Lagoon”, which brought him worldwide fame. After the departure of the film crew, 14 bungalows remained on the island, and the enterprising owner converted them into traditional Fijian houses – “the storm”, and then opened the resort, which became one of the most expensive and fashionable vacation spots in the world. Each of these houses has its own mistress, the so-called “mother of the storm”, who takes care of the comfort of clients during their holidays. Paradise nature, privacy, and first-class service are the main points for which those who can afford such a vacation come here. Among the guests of Richard Evanson, there are many newlyweds and star couples: it was Turtle Island that ex-spouses Britney Spears and Kevin Federline chose for their honeymoon. This resort is often called a piece of paradise lost in the ocean, but despite its seclusion, guests will definitely not be bored here. They offer not only spa treatments and first-class cuisine, but also many activities: scuba diving, scuba diving, hiking, kayaking, surfing, sailing, and much more. 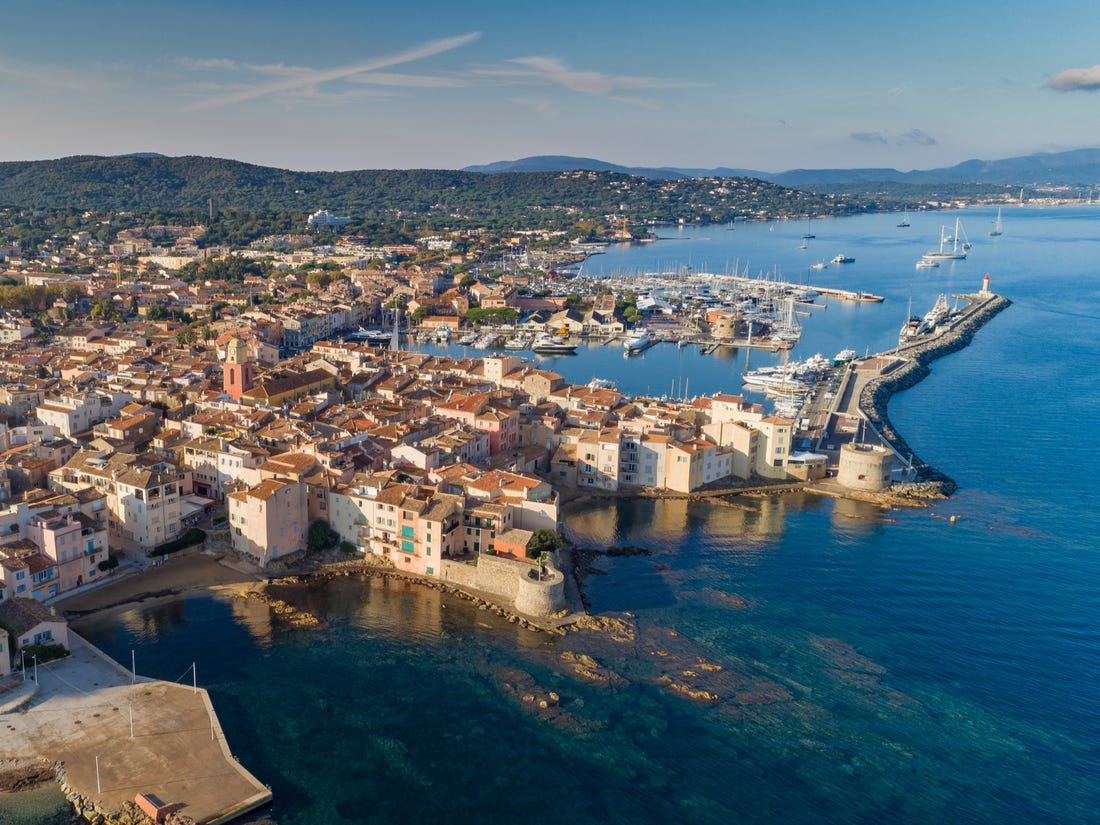 The town of Saint-Tropez, located in a picturesque corner of the south of France, is considered one of the most prestigious holiday destinations.

He gained worldwide fame in the 50s thanks to the filming of the film “And God Created Woman” with Brigitte Bardot in the title role. Since then, many celebrities and wealthy people have come to spend their holidays here, in the French Riviera. Today Saint-Tropez is not only a picturesque port city with many luxurious yachts but a real center of the secular life of the Cote d’Azur, in the vicinity of which there are villas of famous artists, writers, designers, actors, and musicians.

It is famous for its sandy beaches, museums, excellent French cuisine, trendy clubs, and excellent service. Saint-Tropez is praised in its songs by its regular guests: Puff Daddy, Snoop Dogg, and Timati, and these guys definitely know a lot about a beautiful life! The spouses Beckham, Beyonce and Jay-Z, Elton John, Penelope Cruz, Paris Hilton, Liz Hurley, Bono, and many other world stars also like to rest here. 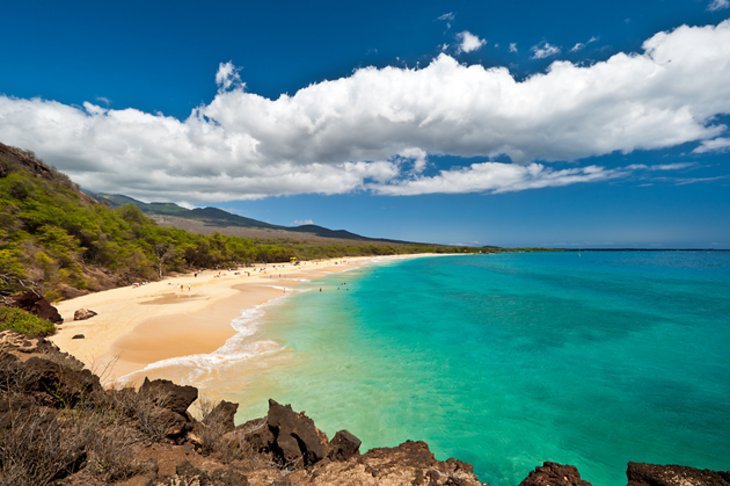 Hawaii has always been a popular holiday destination for celebrities, but Maui clearly leads the list of all islands.

In the 50s, the king of rock and roll Elvis Presley came here for the first time, fell in love with this place, and happily returned there again and again. In search of heaven on earth, many other celebrities come to Maui: Owen Wilson, Jennifer Garner, Ben Affleck, Kate Hudson, and Carlos Santana, and Oprah Winfie, after their vacation, even decided to acquire their own real estate here. In addition to a wonderful beach holiday, the island has a variety of activities for all tastes: surfing, diving, golf, walking and cycling excursions, art galleries, shops, and restaurants that will delight even the most discerning tourist. In addition to scenic landscapes, Maui is famous for its beaches, waterfalls, the Haleakala National Park and Volcano, exotic gardens in which some scenes of the movie “Jurassic Park” were filmed, as well as the rare opportunity to watch whales on their “vacation” in coastal waters. 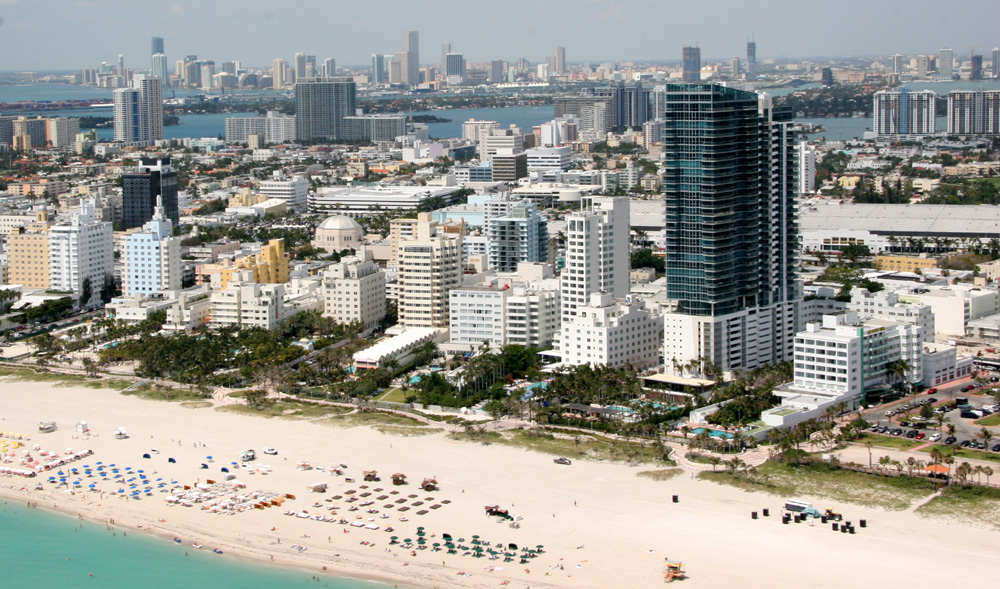 Miami Beach is one of the most famous resort cities in the world. It is located in Florida and attracts thousands of tourists every year, including celebrities.

Jennifer Lopez, Britney Spears, Christina Aguilera, Julia Roberts, Enrique Iglesias, Cristiano Ronaldo, and Irina Shayk love to spend time here. Some stars stay in expensive hotels, while others prefer to have their own real estate here. They come here for a great beach holiday, as well as for the entertainment for which this place is also famous: in Miami, there are nightclubs, bars, cafes, and restaurants for all tastes. 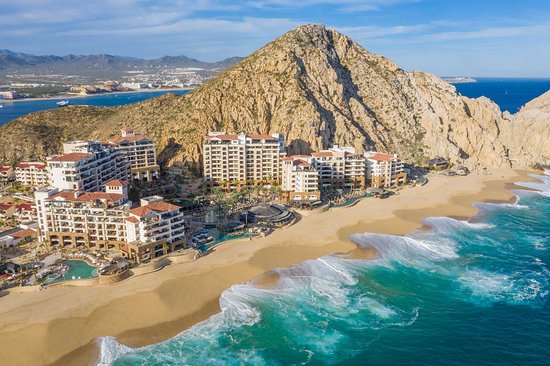 Once upon a time, Cabo San Lucas was a small fishing village, and now this city is one of the main Mexican resorts.

It has changed a lot over the years, but retained its charm and became even more attractive to visitors. Cabo, as tourists call it for short, is renowned for its scenic views, endless white-sand beaches, five-star hotels, varied cuisine, and first-class golf courses. Rest in this “pearl of the California Peninsula” is thought out to the smallest detail, so it will be equally comfortable here for families with children and older people, and young people who want to have fun. Beloved by celebrities, this elite resort is nothing like Mexico itself. Its main attraction is nature, for the beauty of which such Hollywood stars as Jennifer Aniston, Courtney Cox, Gwyneth Paltrow, George Clooney, and many others come here every year. Mountains and rocks adjacent to azure bays, endless beaches, and sand dunes, oases, and many exotic plants, incredibly beautiful sunrises and sunsets are what you should definitely see, even if you are passing through Cabo. 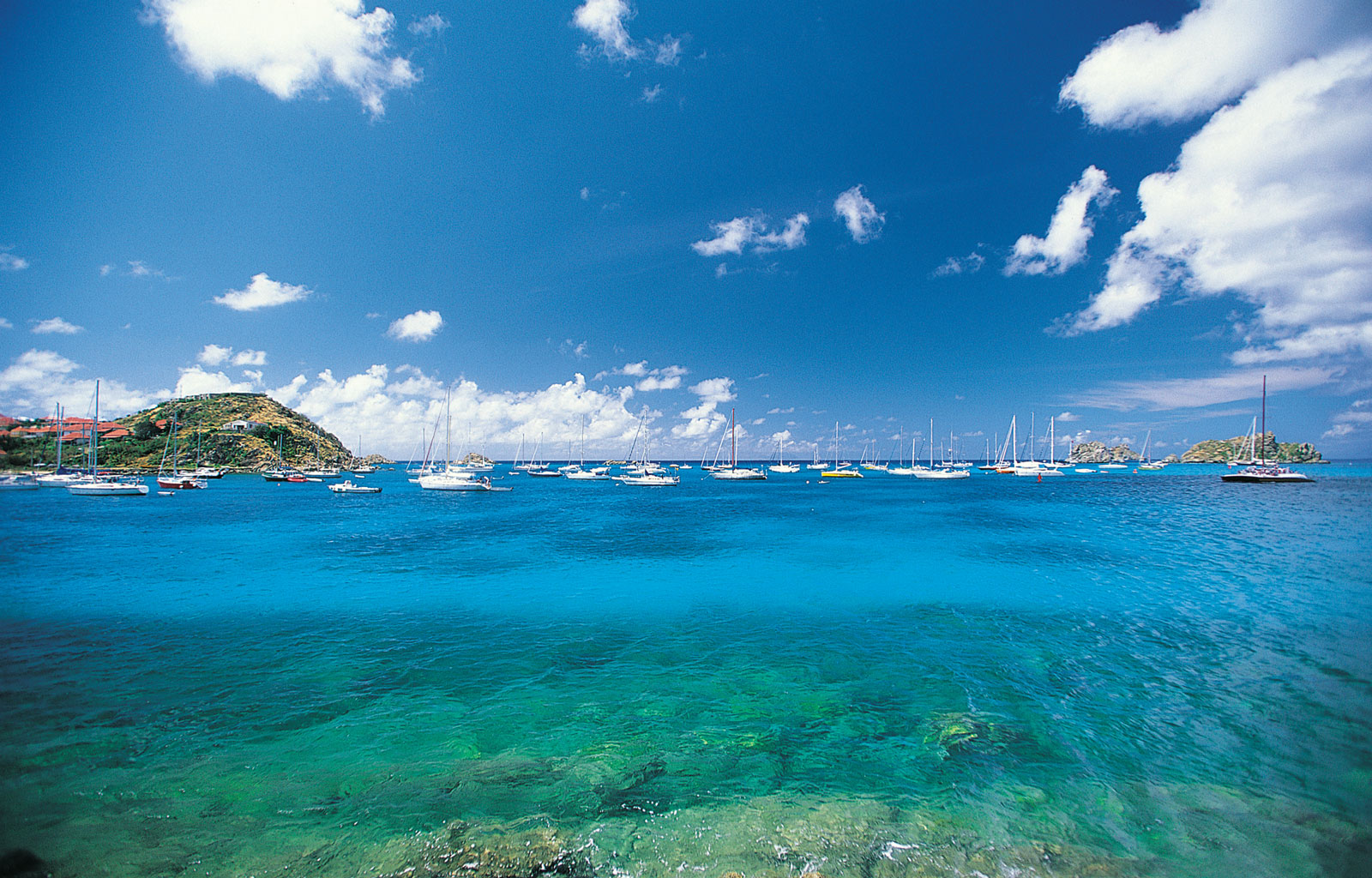 This small French island located in the Caribbean Sea is often compared to the French Riviera and is called the “millionaire’s paradise”. Elite tourism began to develop here in the late 50s, when David Rockefeller acquired several lands, building them up with luxurious houses. Later, his possessions were bought by many Hollywood stars, including Sylvester Stallone and Harrison Ford. Rumor has it that the villa of Russian billionaire Roman Abramovich is also located here. Saint Barts, as it is often called, is considered the most beautiful and popular of all the Caribbean islands, and also an ideal destination for families with children.

Celebrities such as Gwen Stefani, Mariah Carey, Beyoncé, Orlando Bloom, and many others spend their family holidays here. A mild climate, clear water, pristine beaches, expensive restaurants and boutiques, a lot of active entertainment for people of all ages – no one will be bored on St. Barts!