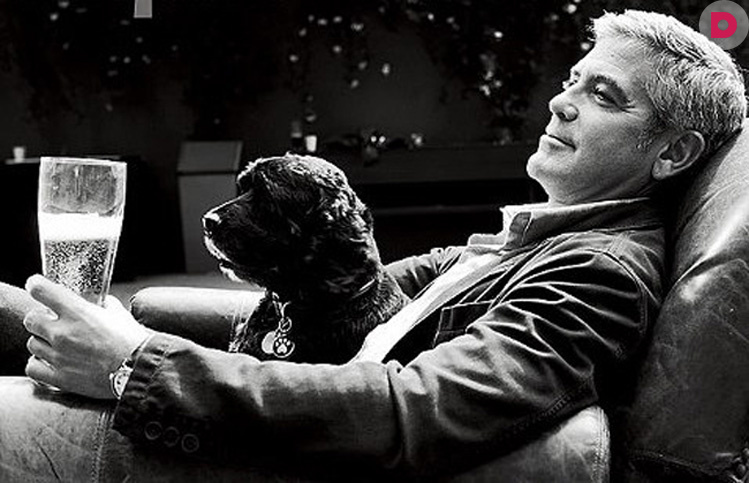 Everyone knows the pet of George Clooney – a charming pig named Max. The four-legged pet was a “family member” of the Hollywood star and lived a long life in a luxurious apartment until he died at the age of 18. Not tolerating loneliness, Clooney decided to get a dog. On the website of an animal shelter, he chose a dog named Einstein, but employees warned that if Einstein did not like George at the first meeting, they would not give the dog to him. Before the dog appeared, Clooney was so panicked that he rushed into the kitchen and did not think of anything better than to rub his boots with turkey meatballs, a saucepan with which was on the stove. Of course, the guy with the meatball legs charmed Einstein. 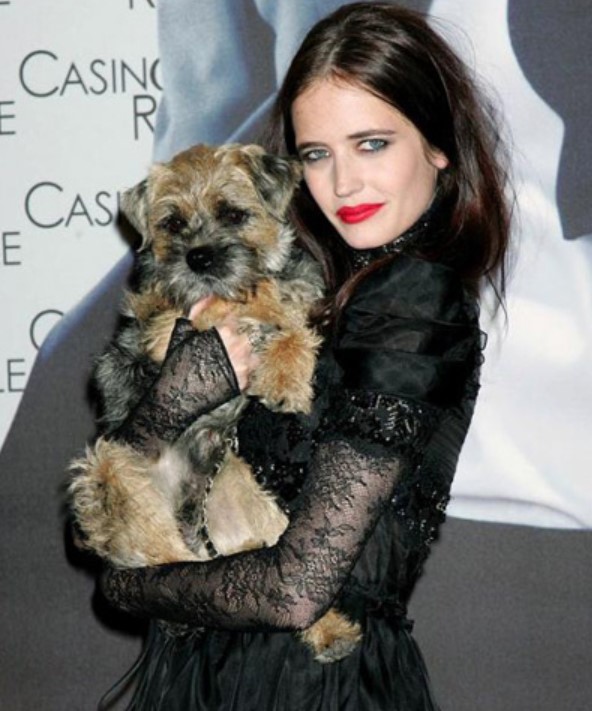 One of the most beautiful and femme fatale in cinema, Eva Green is known for leading a very private lifestyle. The only “man” she admits to reporters in love is her border terrier Griffin. The actress complains that she suffers from a forced long separation from her dog. The fact is that not all trains operating in Europe are allowed to have four-legged animals. An exception is made only for guide dogs. And for the sake of being together, Eva is ready to purchase a white cane and play her best role for the railway employees – a blind passenger. 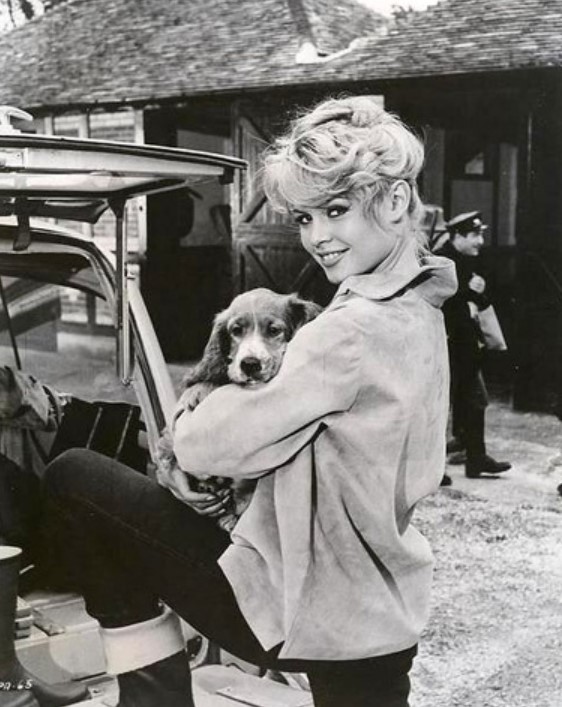 Brigitte Bardot and her 14 dogs

In 1973, Brigitte Bardot decided to end her film career and devoted herself entirely to the protection of animal rights. “I gave my youth and beauty to men. I will give my wisdom, my experience, and the best that I have to the animals. ” The actress established a fund for the welfare and protection of animals, for the needs of which she sold all her jewelry. And the villa in Saint-Tropez, where she has recently been hiding from the annoying paparazzi, Brigitte has practically turned into a shelter for dogs. Now about a hundred animals live there, and according to the actress, she shares a bed with fourteen dogs. 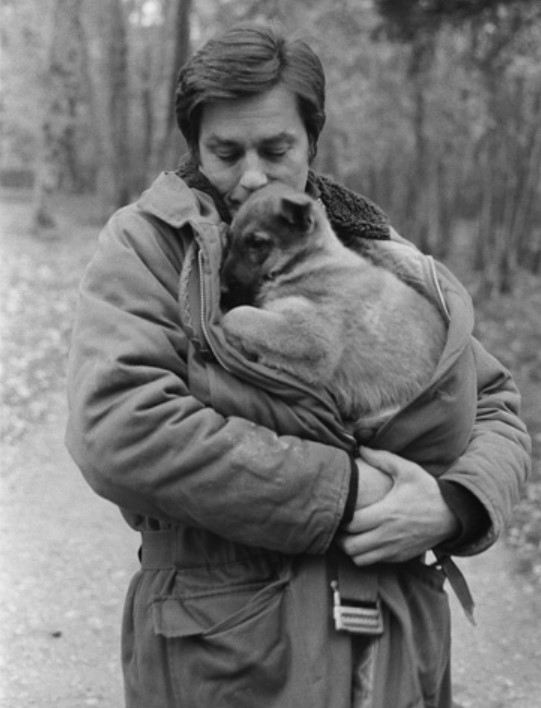 Alain Delon and the complete house of dogs

Alain Delon, a French actor, is in solidarity with his colleague. As an animal rights advocate, the actor took the initiative to create a lawyer service for dogs in Switzerland and did not calm down until he achieved his goal. In the country house of the star, different animals live, but most of all our dogs. When Monsieur Delon was asked a provocative question, does this mean that he loves his pets more than women (none of whom could get along with him), the actor replied: “Do you think my dogs know that I am Alain Delon? They are completely indifferent to it. My dogs love me, although they don’t know who I am or what I do. It is all-consuming love, love without a back thought, pure and true love. ” 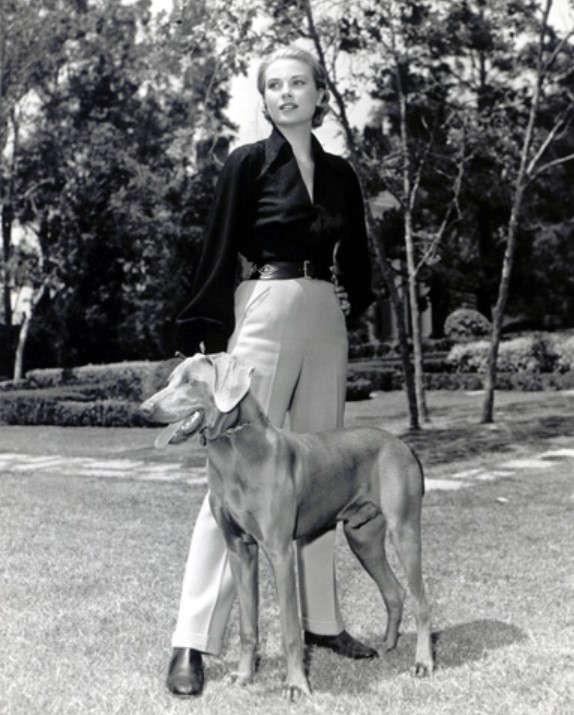 Grace Kelly and her “royal” dog

On the fateful journey of Grace Kelly from America to the shores of Europe on the ship “Constitution”, the actress was accompanied by her faithful dog. He went with the hostess to Monaco, where the “royal” wedding was already planned. And after the actress became a princess, the dog stayed with her in the prince’s residence and helped her adapt to her new life. 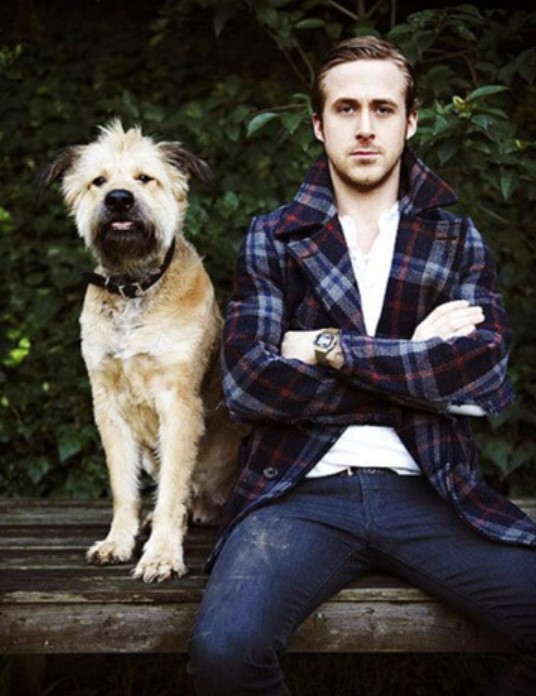 Twelve years ago, unknown to anyone, an aspiring actor rescued a dog and two cats from a shelter who were going to be euthanized. Ryan took the cats to his parents, and together with the dog, George Ryan went to conquer the cinema world. The dog was the only friend when a young man lived in New York and disappeared at auditions in the hope of being noticed and getting at least some role. Today, when Ryan Gosling has become a movie star, he also does not part with George either while working or traveling. Together they attend movie premieres and visit popular TV shows. 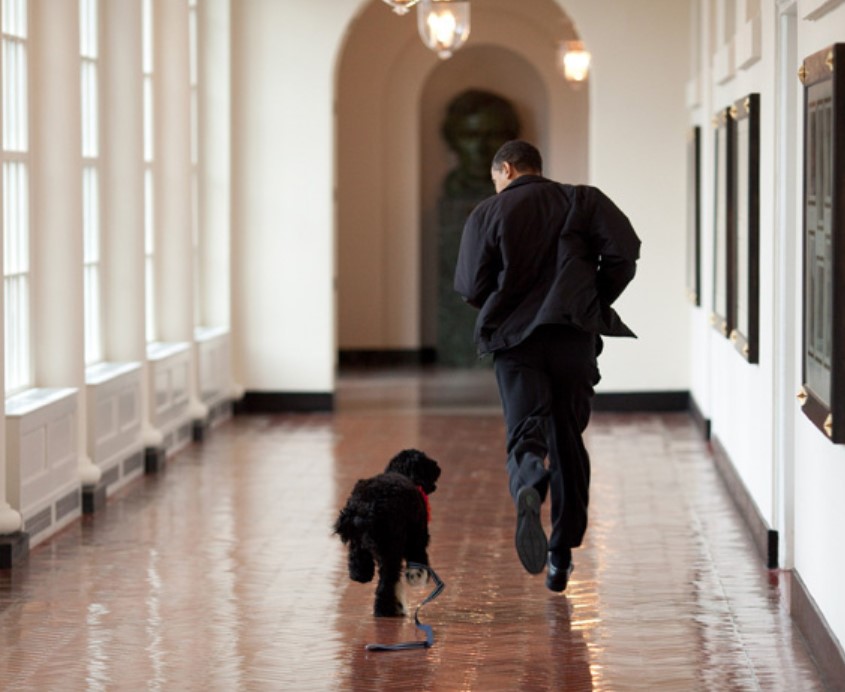 The President’s family received a Portuguese Water Dog puppy as a gift. The daughters of the president were instructed to choose a name for the dog, and they named the dog Bo. Bo is known to be a very agile dog, and he makes a lot of noise in the presidential residence. Beau also loves tomatoes, so he has to protect the famous garden of the first lady from his raids. In addition, journalists noticed that Bo, more than other tailed pets of the White House, corresponds to the protocol of official celebrations – he has a black color, white legs, and a shirt-front. 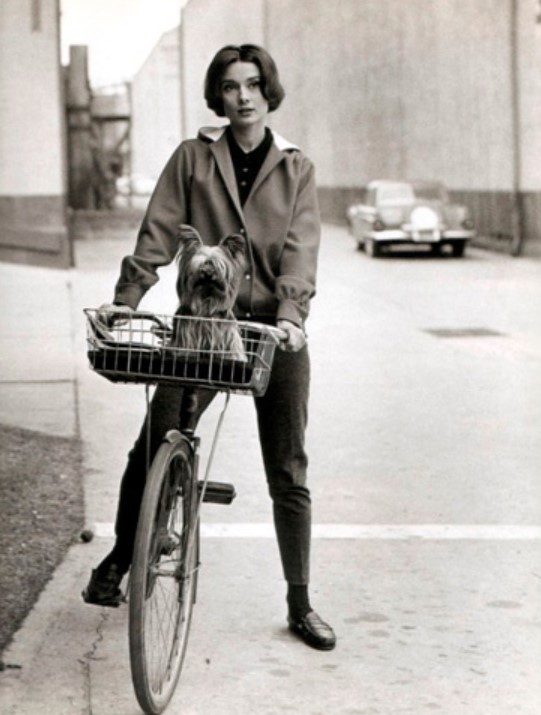 The fashion for Yorkshire terriers was introduced by the famous actress Audrey Hepburn. Her public appearance with Mister Celebrity (that was the name of her little dog) and the participation of the dog in the star’s photoshoots made women dream of the same dog (as they had previously with a little black dress, black glasses on half face and ballet shoes). But for Audrey Hepburn herself, the terrier was not an accessory – the dog accompanied the actress everywhere. Together they starred in two films: the musical “Funny Face” and the film “Children’s Hour”. 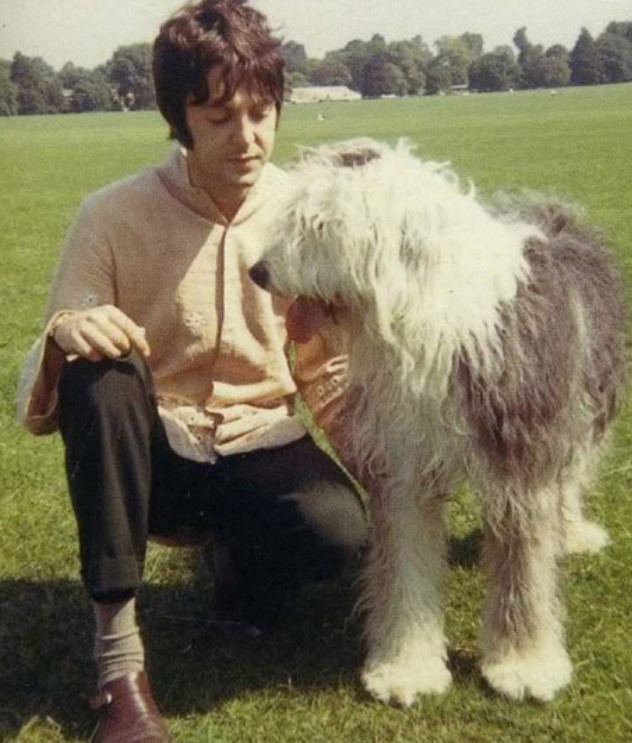 Paul McCartney made his beloved dog famous by dedicating the song Martha My Dear, which he wrote for his band The Beatles, to her. According to the musician: “This is something like a declaration of love, albeit a little abstract. And let this song seem to someone dedicated to a girl named Martha, in fact, it is about a dog. And believe me, our relationship was quite platonic. ” 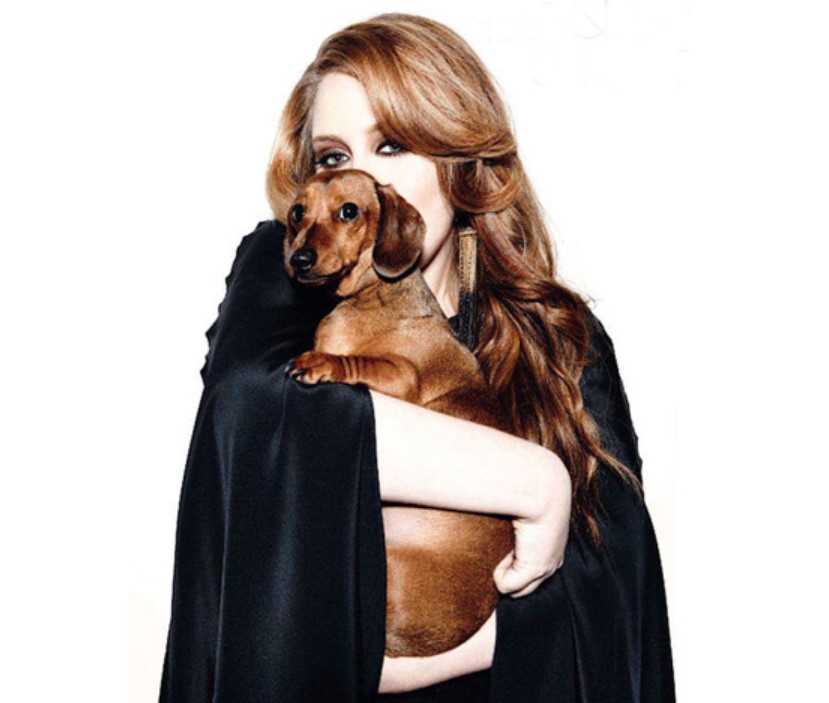 The owner of a magical voice and nine Grammy awards Adele and a musical dog. The German dachshund bears the name of the great American performer Louis Armstrong. Although at first, the girl wanted to name the dog Britney. According to Adele, the puppy was born the night she returned from Britney Spears’ concert. And impressed by the performance of the pop princess Adele decided to name it after Britney. “But after a few hours, my clouding of mind went away.” And now Louis makes sure that the mistress does not go mind for the mind. It is Louis who is the guarantor of the successful Adele diet. As soon as the hostess is about to eat a piece of meat, he looks at her so expressively that the desire immediately disappears.