Greece is a world-class resort that attracts the mighty, celebrities, and millions of tourists for its stunning beaches, clear sea, wonderful weather, and renowned Greek hospitality.

Crowned persons, politicians, screen stars, singers know a lot about the quality of rest and from year to year they prefer Greece, spending here the most valuable and rare days of the year – their vacation days. 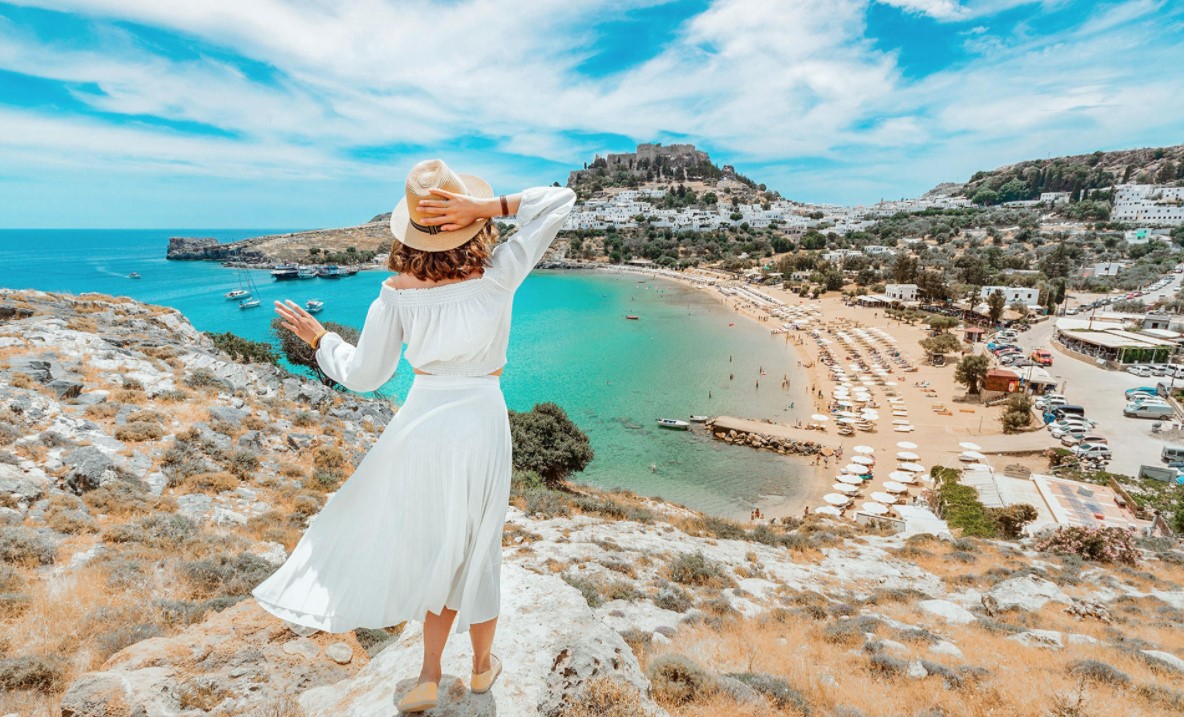 Emir, sheikhs, and princess have a rest in Greece

This year, special preference was given to Greece, in particular, Heraklion (Crete), the sheikhs of Saudi Arabia. Abdul Assisi with 10 members of his retinue rested for several days in the port city on his 110-meter Mega Yacht Radiant.

Lala Salma, a princess and first lady of Morocco, together with her son (heir to the throne) chose the island of Corfu (Greece) as a holiday destination. She arrived on the island on the Royal Learjet, accompanied by personal security personnel and numerous royal escorts. Each new day of her holiday in Corfu, the princess devoted to trips on excursions, as well as lunches in popular fish taverns, where she enjoyed fresh fish dishes. In addition, Lala Salma spent a lot of time in Spianada Square, in the historic center of Kerkyra.

Hamad bin Khalifa Al Thani – Emir of Qatar, as well as Prime Minister Sheikh Hamad bin Tzasem bin Tzabr Al Thani also chose the island of Corfu as their holiday destination. The emir has visited the island several times, while on each of his visits to Corfu, he visits various places on the island and dines in traditional taverns.

The Arab leader loves the Greek islands of the Ionian Sea, a few months ago the royal family acquired the small uninhabited island of Oxia, located south of Lefkada (Greece).

Prior to his election to the presidency of France, François Hollande spent three summers on the island of Syros in 2009, 2010, 2011, having made the best impression on the residents who had the opportunity to meet and talk with him.

In Greece, on the island of Symi, Hollywood actress Salma Hayek spent her short vacation with her husband François Pinault. At the end of May, a luxury ship arrived at the port of Symi with the actress and her multimillionaire husband on board. According to local residents, the couple were very friendly and sociable and reacted positively to the desire to communicate with them and take pictures. Many of them were noticed walking along the streets of the island, while the stars had a special weakness for small taverns and the island.

Loyal to the island of Skiathos Goldie Hawn and Kurt Russell

The famous couple Goldie Hawn and Kurt Russell spent another vacation on the Sporades Islands, namely on the island of Skiathos, which they love very much. Almost every summer, the stars spend on the island at the house of their good friends Richard Romano and Anfia Silbert.

Ornella Muti vacationing with her family in Crete

For several days in June, the famous actress Ornela Muti rested on the island of Crete with her children, far from everyone’s attention. The actress stayed in the south of Crete. In addition, at the invitation of local friends, together with her mother Isle and two children from her second marriage to Federico Fatsineti, Carolina and Andrea visited the city of Rethymno. Ornela Muti and her company walked through the old town, visited Arkady, and tasted the local cuisine.

Angelina Jolie, Brad Pitt with children in Costa Navarino in Messinia and on the Halkidiki peninsula

The famous Hollywood couple – Angelina Jolie and Brad Pitt, who chose Costa Navarino in Messinia as their vacation destination with their children – came to Greece at the end of July this year. The actors were relaxing in an exclusive suite at this luxurious hotel. According to the information received, their stay lasted five days, and Angelina Jolie also met with a well-known lawyer to discuss a possible purchase of the real estate in the area. Then the popular actors arrived on their luxury yacht to the first “finger” of the Chalkidiki peninsula – Kassandra, in the Possidi region.

In addition to Angelina Jolie and her family, the famous actor Ethan Hawke and his family were vacationing at this luxurious resort. Ethan Hawke spent several days on Pylos, and also met with a Greek director to discuss the possibility of filming in Greece. After that, the actor went by helicopter to the Athens airport “Eleftherios Venizelos” to board a flight to the United States.

Villa in Crete will be built by Lady Gaga

In love with Crete, the singer Lady Gaga plans to build a villa on the island. The eccentric singer visited Crete last year and was fascinated by its natural landscapes. Lady Gaga has already bought the building land, which is one step away from the sea, and is soon planning to build a villa, which is expected to cost her around 14 million euros. Also on the territory will be built a church, tennis court and two swimming pools.

Jon Bon Jovi rested on about. Kefalonia in the Ionian Sea

The famous singer was vacationing on the island of Kefalonia and recently visited a restaurant in Fiskardo, where he tasted a puff pastry with meat (the national dish “creatopita”). Jon Bon Jovi spent his vacation on his 79m long yacht “C2” on the islands of the Ionian Sea.

John Travolta, along with Robert De Niro and his family, spent a vacation on the Greek islands. They visited the magnificent Santorini, where they rested on the yacht “Alexander” of the Latsis family, then went to the cosmopolitan island of Mykonos. The two famous stars subsequently visited Athens, the Acropolis Museum, where they enjoyed the walks and atmosphere of Ancient Greece for several hours.

In addition, 50 years after his first visit to the island, the famous actor Robert De Niro again visited the island of Skyros to visit the same restaurant and meet the same people he met many years ago. Together with him, the island was visited by John Travolta and the Greek Nikos Aliagas, a French television star who interviewed celebrities. During the interview, the actors admitted that they only feel so safe and comfortable in Greece and that the propaganda of the crisis in Greece in the world media differs sharply from reality.

In addition, Robert De Niro proved his commitment to Greece by announcing his desire to acquire a house in Caldera (Santorini). At this time, the actors, together with a couple of Jolie-Pitt, are resting on the Halkidiki peninsula.

The famous model Kate Mose, together with her husband, arrived on the island of Corfu at the end of July, and then visited the island of Antipax, where she enjoyed the sea and the sun on her yacht, making small cruises around the beautiful Greek islands.