15 Celebrities with Their Pets on a Walk

Celebrities are no stranger to anything, so in their free time from creative activity, they not only attend parties and build romantic relationships, but also communicate … with pets!

The stars go out for a walk with their favorite dogs and enjoy their company!

We present to you a selection of celebrities who were photographed on a walk with adorable four-legged friends.

Looking at them, we can safely say that walking a dog is a whole art! 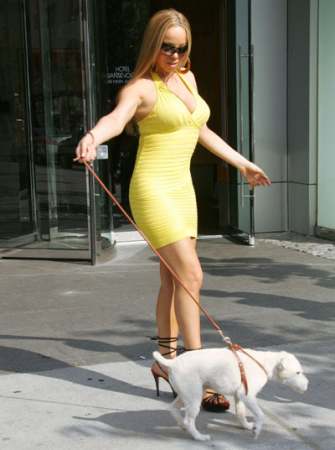 However, the star does not forget about herself: just look at what dress she chose for a walk with her pet! A glamorous diva, even in the company of a dog, looks like she just left the stage.

Hollywood’s most famous “beauty” keeps fit while walking her cute pet. Not forgetting to demonstrate her slender legs, Julia clearly enjoys the rest and the company of her four-legged friend. 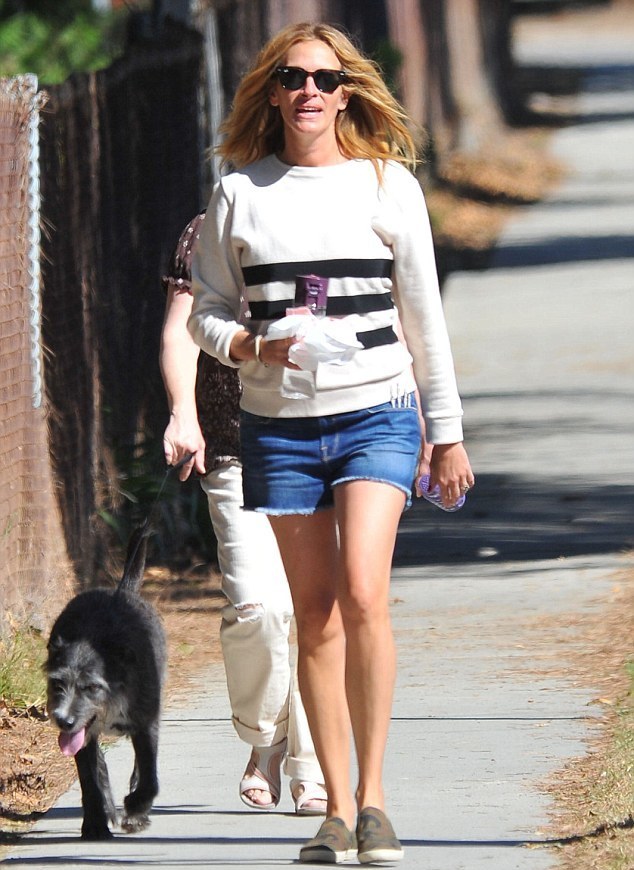 It is worth noting that as a child, the actress dreamed of becoming a veterinarian, but choosing Hollywood, she still did not lose her love for animals.

Roberts has at least five dogs, and once she took in a stray mongrel. Well, the dog is lucky – the actress takes care of her like a four-legged child.

Do you recognize this model that was wildly popular in the late 90s? Yes, this is Kate Moss with ex-husband Jamie Hins and favorite Staffordshire Bull Terrier Archie. 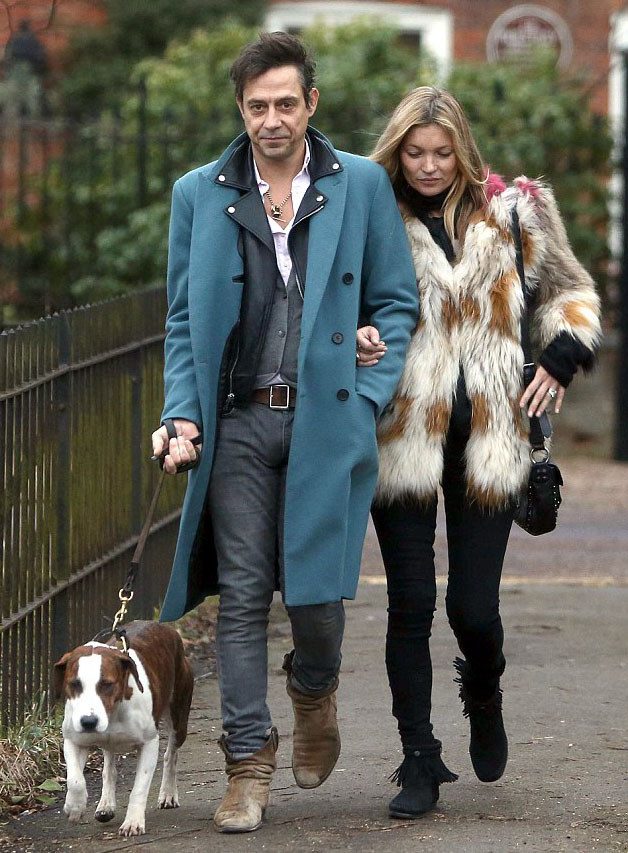 Despite the fact that the dog originally belonged to Jamie, Kate considers it a favorite member of the family and therefore took it for herself. They say that the former spouses argued for a long time who would get the dog, but as a result, the model won, and now Archie lives with her.

This girl with the dog does not immediately recognize the Oscar winner, Jennifer Lawrence. Without the glamor, she looks like an ordinary American going out for a walk with her funny Basset Hound. 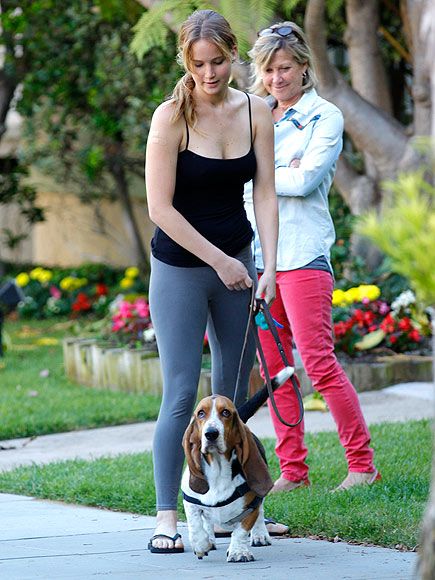 The star has another dog – a little chihuahua named Pippa. Once the journalist tried to pet the pet, but Jennifer rudely reined in him and grabbed Pippa in her arms.

Well, we wouldn’t let anyone bother our dog either!

The main star of “Fifty Shades of Gray” Dakota Johnson poses for the photographer. Her heroine easily won the heart of the billionaire womanizer Christian Gray, which cannot be said about the actress’s dog. 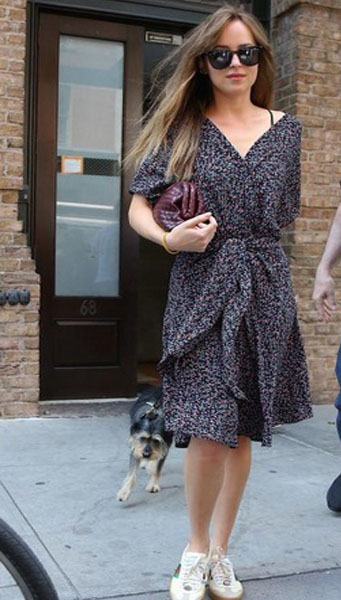 In the picture, a dog named Zeppelin clearly demonstrates stubbornness, not wanting to follow the owner, although, most likely, he is just shy and does not want to pose for the camera.

Former “Miss World” and now an actress and singer Priyanka Chopra goes out into the street in full dress, even if circumstances do not require it: a bright dress, exquisite high-heeled shoes, and a charming dog next to her. 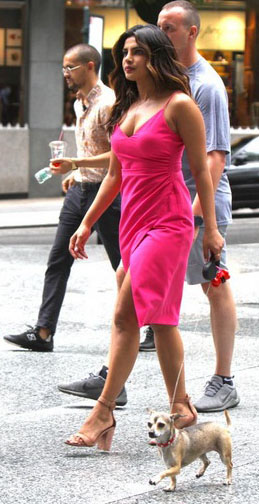 A tiny Chihuahua named Diana is a wonderful companion with a lot of loyalty.

By the way, the dog is very popular on Instagram and has at least 65 thousand followers.

The famous relative of the British Duchess, while walking the dogs, Pippa skillfully combines a sense of proportion and sophistication. Two adorable pets express loyalty and love to their mistress, and she responds in kind. 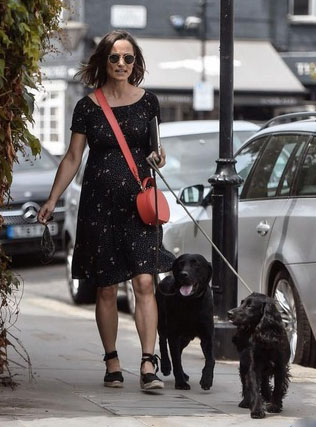 By the way, an incident somehow happened to Pippa: in the store where she came, she was asked to take the dogs out into the street. The offended Middleton not only took the dogs away but proudly left herself!

The cheerful singer chose a sporty style for a walk with a dog and looks very organic in it. Along with her cute poodle, she has apparently already run over and now she is briskly walking at a sporting step.

Please note that the singer carries the doggie in her hands – most likely, the doggie does not like to wash its paws, and Katie does not want her to leave her on her favorite carpets after a walk!

And here is one of the main dog lovers – socialite Paris shopping with her pet. They say she has several dogs, for which the heiress of the hotel chain even developed her own clothing line. 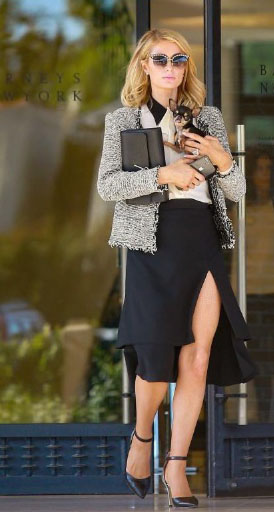 We cannot evaluate the doggie’s style, since the dog is hiding in the hands of the Hilton, but the socialite herself is quiet. In our opinion, the celebrity decided to dilute the business style with a touch of sex appeal.

The charming singer is also very fond of animals and even took a mongrel named Toulouse from the shelter. Together with the cutest pet, they were seen walking, and while Ariana was looking for something in her purse, Toulouse diligently posed for the paparazzi. 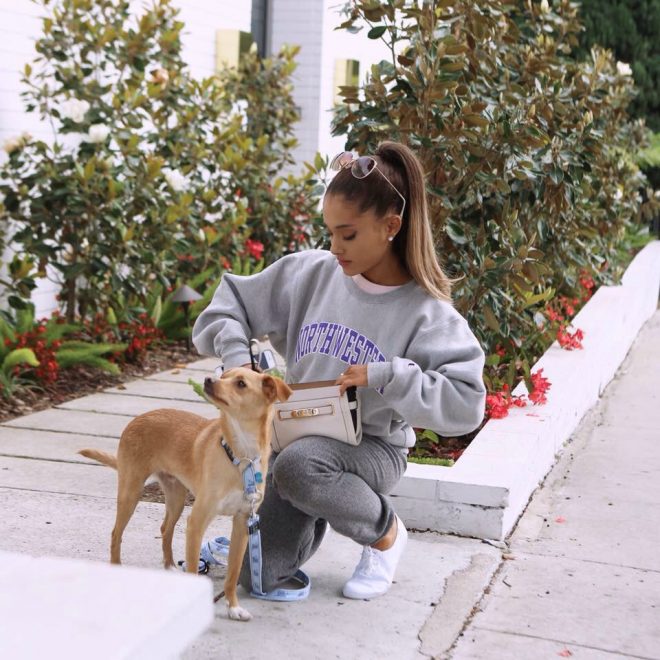 The result is wonderful!

Young billionaire Kylie decided not to stop at one dog and surrounded herself with a whole retinue of cute Italian greyhounds. Just look how cute and organic they all look together! 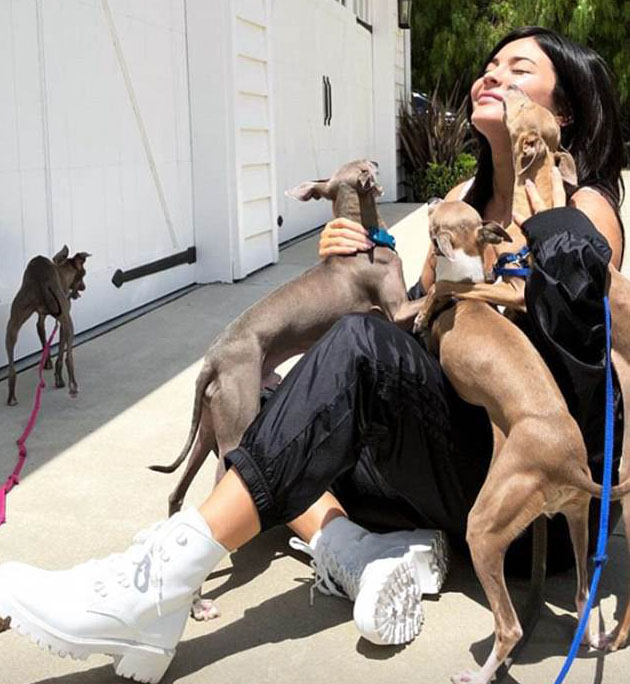 Pets are happy to give their love to the owner, and she clearly looks happy. We know that Kylie often poses with a serious face in selfies, but the dogs managed to make her smile!

The shocking singer will surely find something to surprise the audience with, even if it’s just a walk with the dog. Lady Gaga is also capable of making a show out of her. 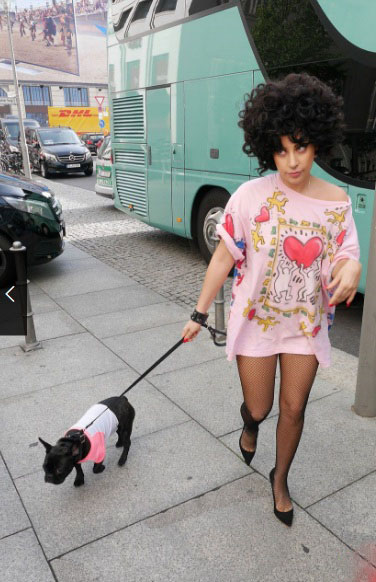 Just look: the star and her pet are so close friends that they decided to look like twins. Bright outfits, black “hair” … And what seems to be true?

The famous “legally blonde” Reese Witherspoon adores dogs, especially this French bulldog. Miniature and very charming, he reminds us a little of the hostess. 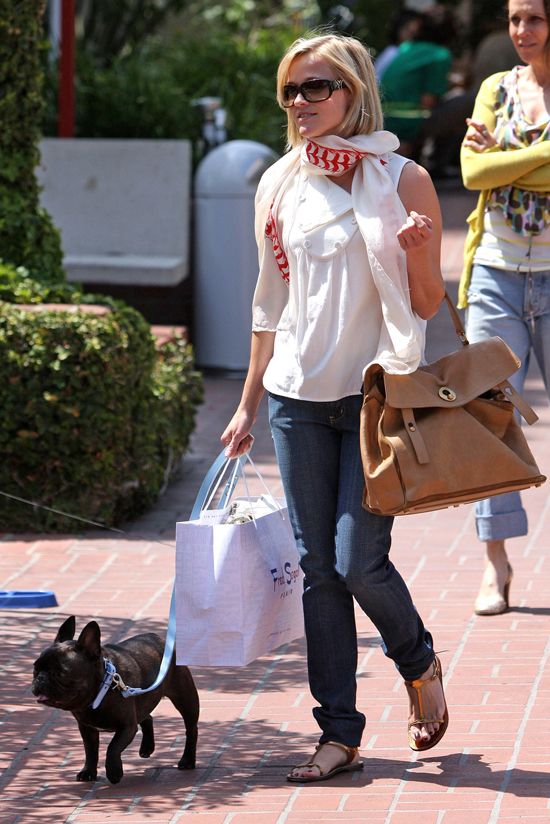 It should be noted that Reese chose a stylish casual outfit that is very suitable for a walk, and the actress feels very comfortable in it.

Known for her unbridled disposition, Miley Cyrus is very fond of animals. Several dogs, cats and even a mini pig live in her house! 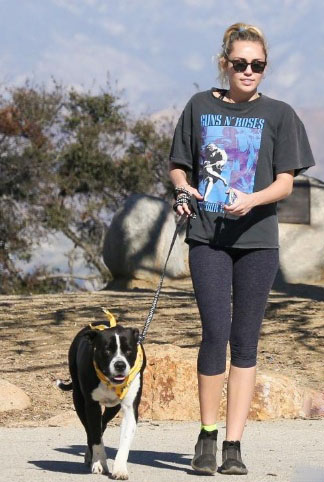 With one of the pets, the four-legged Mary-Jane, Miley was taking a walk when she was caught by the paparazzi. Well, the star didn’t seem to mind, and neither did the dog! Just look at this gait!

The main “desperate housewife” Eva Longoria is also not averse to spending time with her dog – a French bulldog. Together they not only often walk, but also fool around: Eva loves to take selfies with her pet and even kisses him on the nose! 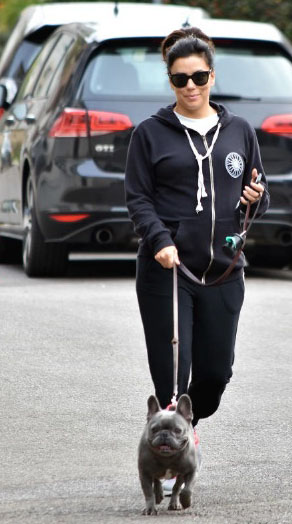 We’re sure the bulldog doesn’t mind!